This is part two in a series. To start at the beginning click here.

Ingots: Gold in the Bronze Age

Gold was the stuff of kings for thousands of years. Evidence of decorative use of gold dates as far back as 6000 BC, and other evidence of gold appears perhaps as early as 40,000 BC. Gold could've been traded by weight all that time, it just seems that it wasn't.

Then in the 4th and 3rd millennia BC, at the start of the Bronze Age, people began to mine silver, and they began to trade silver and gold by weight. Silver is unlike gold in that it requires special techniques to mine, so its late appearance is explained by the need to develop knowledge of smelting.

It is harder to mine silver, but once you learn how, silver is available in abundance. Silver mines are large and centralized, and when you find one, you've got access to a ready supply. Gold deposits are smaller and more diffuse. In terms of metal quality, silver is harder to work than gold, and it tarnishes.

Everything so far about silver also applies to copper, except that copper is even more abundant, and in addition to tarnishing, copper turns green.

but a sort of Phoenician tale, something that has happened ere now in many parts of the world... While all of you in the city are brothers, we will say in our tale, yet God in fashioning those of you who are fitted to hold rule mingled gold in their generation, for which reason they are the most precious—but in the helpers silver, and iron and brass in the farmers and other craftsmen.

In aggregate, these facts explain why gold outranks silver and copper (and similar elemental metals, to say nothing of other materials). It is important to distinguish however, that while gold is preferred in terms of value, this does not mean that gold was most commonly used. Throughout history, gold wasn't what people used for exchanges. Silver is the word for money in many languages, including in Greek, Latin, and Ancient Egyptian.

I don't know which of gold, silver, and copper, if any of them, was responsible for the adoption of metal as currency, or what this process looked like. It seems that metal currency blocked on the development of mining and on the widespread acceptance of scales and weights. Because gold was guarded by elites like the nobility and priesthood, it's still reasonable to guess something more common than gold was needed.

At the start of the Bronze Age, a small gold nugget might be worth a shipful of goods, and so gold was too rare for anyone except big-time merchants. On a daily basis, you'd have to use something less valuable, and people did. Grain was a common form of payment before everyone could trade in metals. Historically, silver traded at about a 15:1 ratio to gold. So it would be easier to manage. In the ancient world a day's wages might be a half-gram of silver, which is still a small amount. 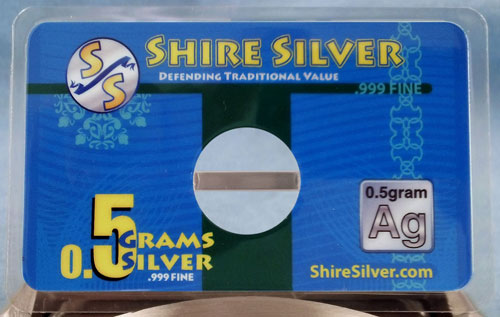 Here come some details I've been postponing. We're going to use the term "proto-money" for bullion traded by weight, and "pre-money" for anything money-like that predates coins.

Metal traded by weight is proto-money. But it wasn't the first pre-money. Various forms of pre-money were used long before the start of the Bronze Age. You can imagine irregularly-sized snail shells if you like. It's entirely possible the first (non-monetary) gold transactions were for early pre-monies, although they didn't have to be.

People need money because of how convenient it is. So, locally, a community will agree to use anything, including chocolate, or leather, or fired clay. The problem exists when you want to transact with the outside world. Just because you have agreed to trade in clay doesn't mean anybody else has. Because gold was universally prized, and because it doesn't degrade, it's likely that popular exchange in gold arose with long-distance commercial trade lanes. We take it for granted that nations can set the list of acceptable currencies. But nations as we know them are only a few hundred years old. The ancient world was much more federated, and, in this sense, much less coordinated. Metal is convenient for keeping indisputable accounts.

Once people start using gold and other metals, the contest is over, because metal has all the advantage as physical currency. Grain is universally valued, but it rots and is bulky. Gems last forever, and are small, but if you try to use gemstones as money, things go wrong. Jewels vary in quality, in a way that is difficult to measure, hence difficult to agree on. They also vary in size, with the large ones non-linearly more valuable. So coming to an accurate account with rubies is difficult; first, because they vary in quality, and second, because they are challenging to subdivide, which you don't want to do anyway.

Metal is both divisible and indestructible. We won't go through all the properties of metal, because the advantages to money are well-known. Suffice to say that today's financial system is mostly codified as abstract, real-valued operations on accounts. Metal was effective as money because it was so effective at realizing these abstract ideas in the physical world.

Melted metal divides quite evenly, but for normal exchanges you're not going to go through the trouble. The way that metal was exchanged was in solid ingots: fragments, rings, wires, and other scraps measured by weight. You may have heard of some of these units before: the deben, the talent, the mina, and the shekel; and these words originally meant ancient units of weight.

And it came to pass, as the camels had done drinking, that the man took a golden earring of half a shekel weight, and two bracelets for her hands of ten shekels weight of gold;

Metal ingots found in hoards typically weigh in fractions or multiples of these units, and to precise measurements. When the scale could not be balanced with whole scraps, trimming some wire would do.

This is the second part of what may be a three-part piece on gold. If people like this second part, I'll write the third part. Some of the topics I'd like to cover are:

You can email me with your feedback. Subscribing to the feed is a good way to know when part 3 comes out.